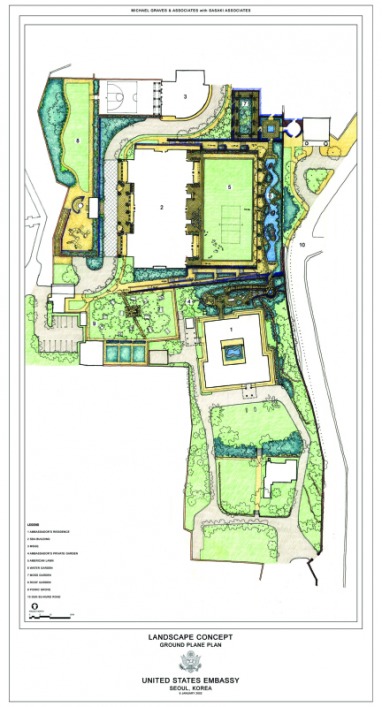 The embassy compound was to be located north of the Hang-Gang River in the Chong-Dong district of central Seoul. The compound is comprised of the existing Ambassador's Residence, the future diplomatic housing compound and the new office building.

The Diplomatic Housing site is made up of a series of linked walled gardens including the Ambassador's Garden, the Water Garden, the Entry Garden, the Walled Garden, the Picnic Grove, and the Kitchen Garden. There are two separate access points. One is exclusively for the Ambassador and the second is for the residents as well as the Marine Security Guard that protects the entire compound (with particular emphasis on the new office building, see "Corporate").

Due to community protest, this project was never realized.