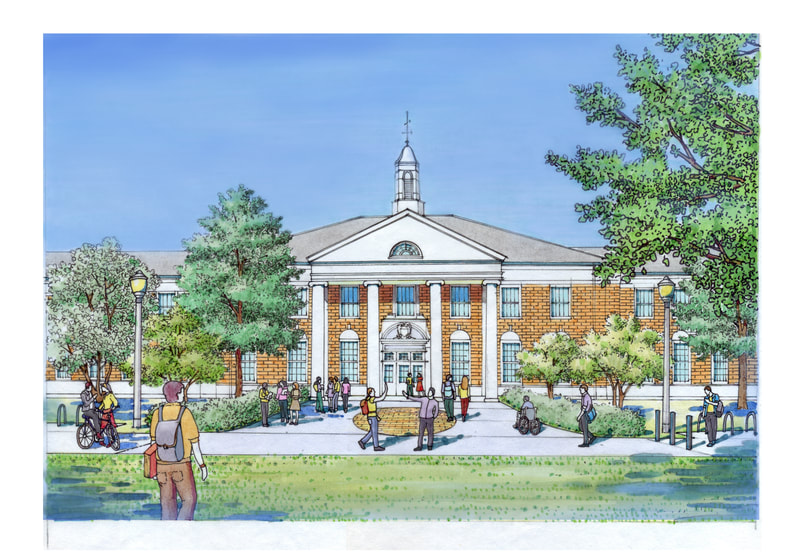 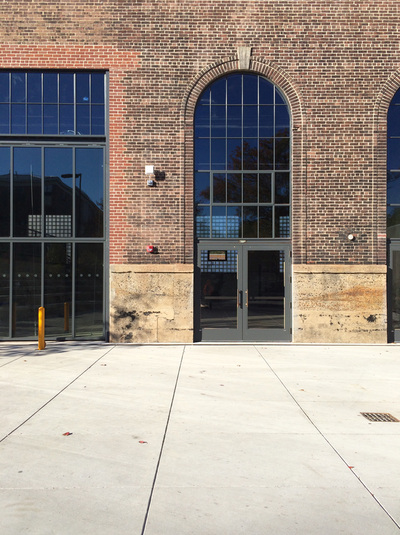 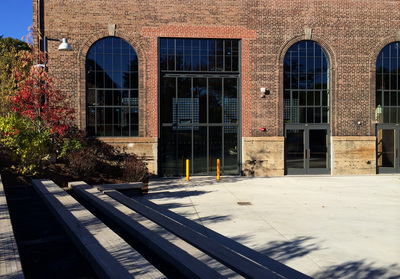 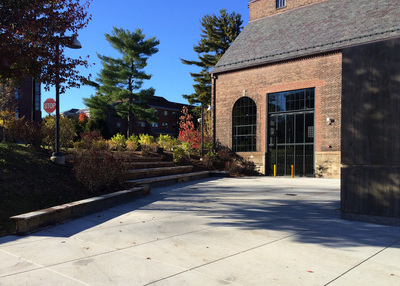 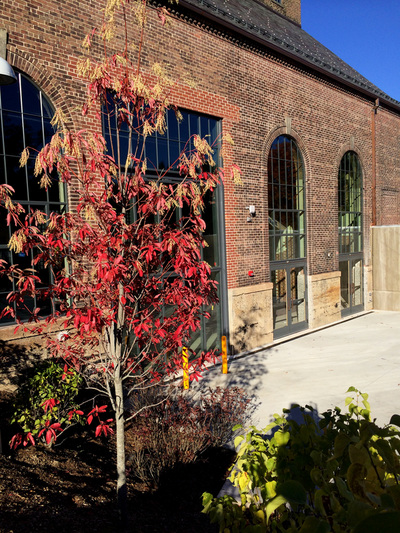 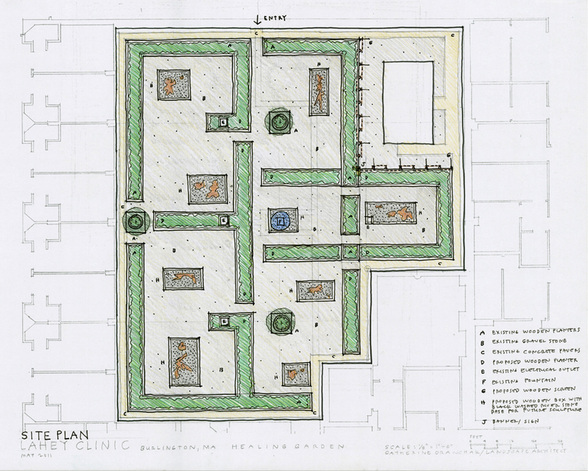 An Irving Family donation made possible the installation of Phase One of the proposed Courtyard re-design and expansion.

The design takes its cue from existing elements and creates a tapestry of raised planter boxes scattered throughout the courtyard space in maze-like fashion. In future phases, colorful abstract sculptural pieces will be placed inside creating a sculpture garden easily viewed from the building. 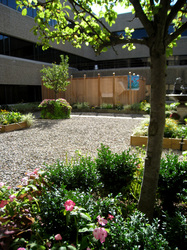 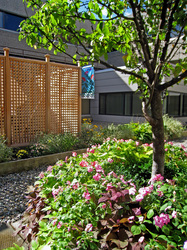 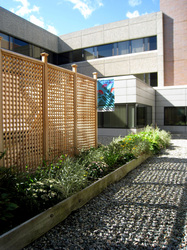 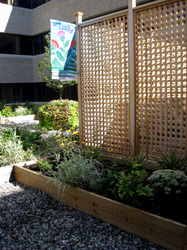 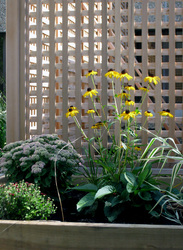 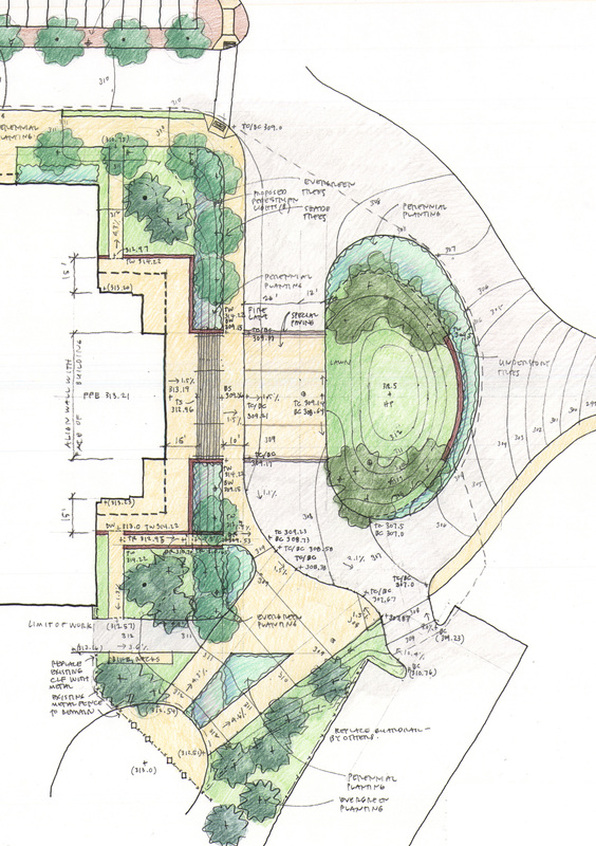 In 1949, a building that  once functioned as a World War II naval warehouse was moved to the RPI campus. The building was re-purposed to house RPI's Division I Hockey Program among other community functions; it was renamed Houston Field House.

Houston Field House sits prominently at the top of People's Avenue. The visitor's arrival into the East Campus Athletic Village will be announced by way of a curved sign wall (future phase) and associated planting.

Design Development documentation has been completed. Construction began Fall 2010. Planting is expected to  be installed Spring 2011. 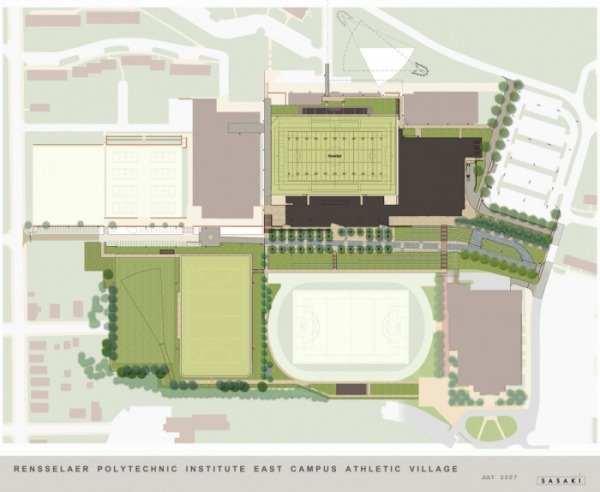 The East Campus Athletic Village relocates the Institute's football field out of the campus' main quadrangle and into an underutilized area of east campus. In addition to the synthetic turf sports  field the Village houses a stadium with locker rooms,  seating for the home team and visitors alike, a multipurpose gymnasium and practice gymnasium with team and community functions.

Elevation Looking West
The football stadium to the north and the gymnasium to the south are fronted by Georgian Terrace, a tree-lined linear plaza designed to be flexible. Seatwalls and benches are gathering places for students, the paved plaza areas can house festive outdoor functions and/or media vehicles. 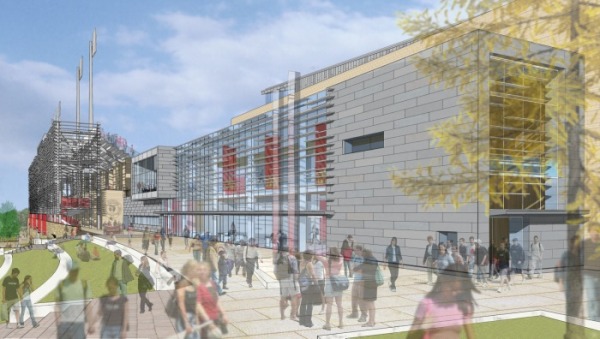 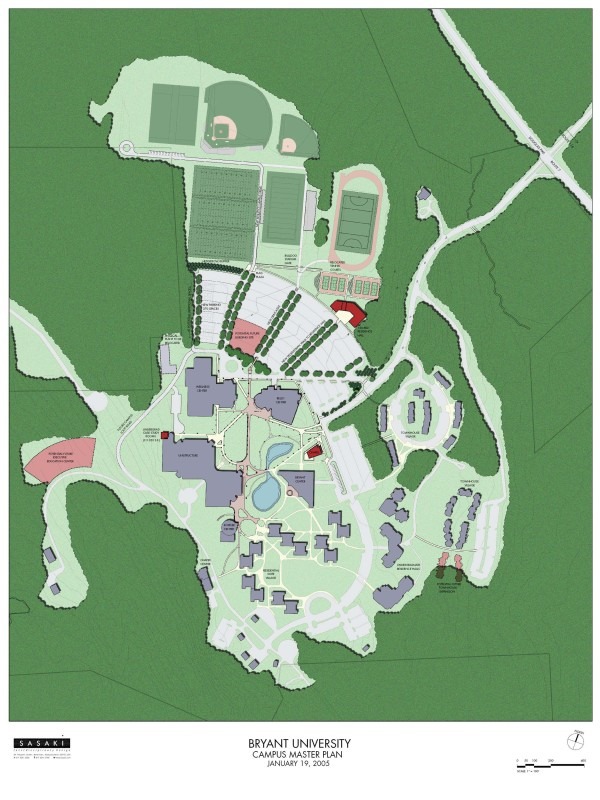 With Gwathmey Siegel and Associates Architects and Sasaki Associates

With the development of the George E. Bello Center, the Bryant University campus was turned inside out. What used to be asphalt parking lots is now a central quadrangle. The George E. Bello Center together with an addition to the MAC building helped re-shape the campus landscape. Parking lots were reconfigured and a main pedestrian spine was built linking key academic buildings. 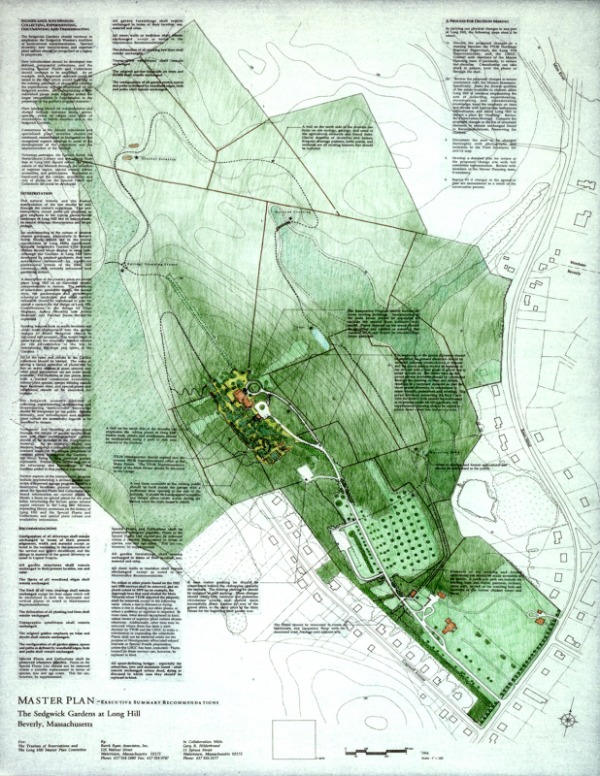 An Historic Master Plan was developed for the Trustees of Reservations, a state-wide nonprofit organization whose mission is to  preserve  and enhance  properties with exceptional historic, scenic, or environmental value. The Sedgwick Garden's at Long Hill is the organization's headquarters.

The Sedgwick Gardens were developed from 1916 to 1979 by two amateur women gardeners, Mabel Cabot Sedgwick was responsible for the structure of the garden. In 1938, Marjorie Russell Sedgwick began to develop unique horticultural collections within that structure.

Original research was performed including oral history interviews with family members, neighbors and horticultural specialists. Elaborate field investigation was undertaken in the creation of appropriate base material. 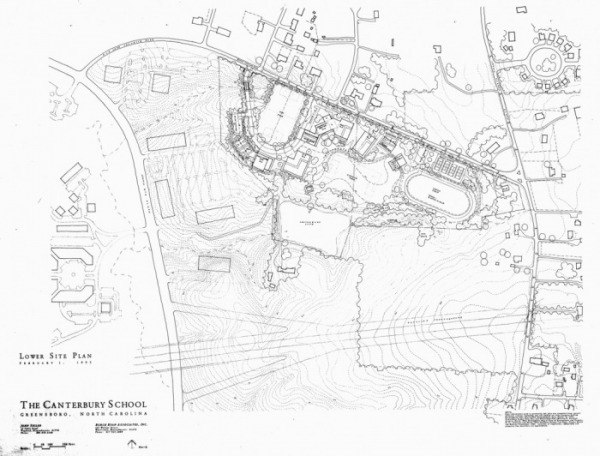 A new Private kindergarten through eighth grade school was planned for Greensboro.  Two schemes were developed. The Lower Site Plan made athletics an integral part of the overall master plan while concentrating academic buildings along the main road. The main entry of the campus was situated along a green space at the lower elevation of the property. 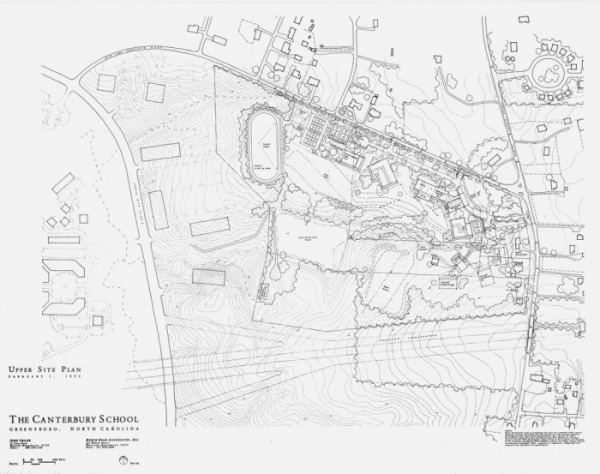 The Upper Site Plan located the campus' main entry at the highest point along the main road. Academic buildings were clustered along the edge of the main road, with athletics toward the periphery.