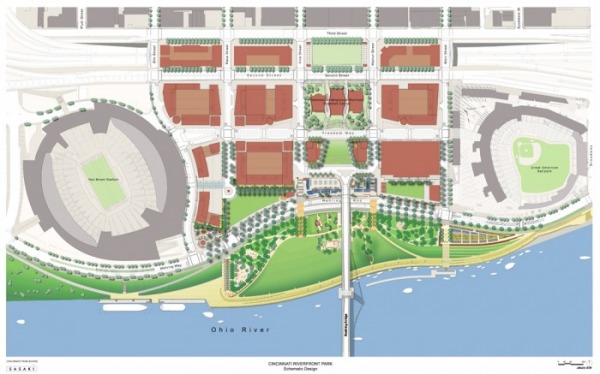 The proposed thirty-one acre park sits prominently on the banks of the Ohio River within downtown Cincinnati. It is bisected by the historic Roebling Bridge; flanked by the Paul Brown Stadium to the west and the Great American Ballpark to the east. The park design springs from the existing street grid pattern reconnecting the city  to its waterfront. 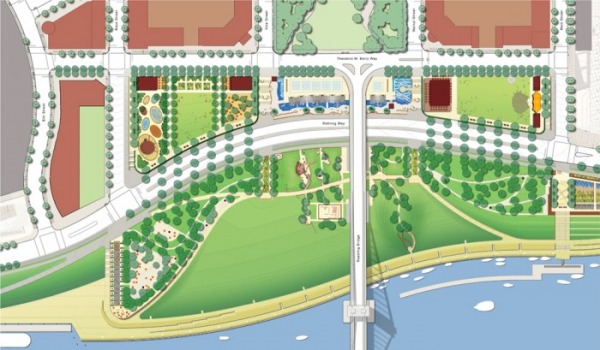 Urban Park to the north, Pastoral Park to the south
The Park is comprised of two distinct districts:  to the north the urban park features dramatic water fountains, restaurants and cafes, performance areas and garden spaces. To the south, the pastoral park setting allows for strolling walkways passing public art installations, children's play areas, historic remnants/artifacts while encouraging public access at the river's edge. The design accommodates  annual flooding by way of grading and material selection. 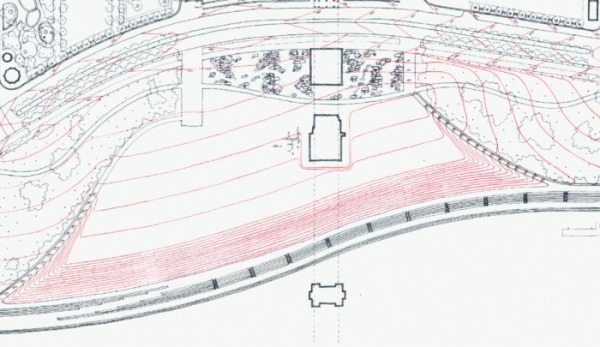 Grading Study
Grading strategy keeps large portions of the park out of the five year flood.

Walnut Street Fountain and Grand Stairway (left), Event Lawn (right) Design Development
Walnut Street Fountain and Grand Stairway
The landing of the Roebling Bridge from Kentucky to Ohio  is commemorated with a programmable  interactive water feature and lighted stainless steel trellis structure. Glass paved overlooks spill water into basins below. The historic connection between Walnut Street and the Ohio River is recreated with the proposal of a grand granite-clad stairway edged with cascading water stairs.

Walnut Street Event Lawn
The raised granite platform and canopy face a flexible open lawn. A restaurant with outdoor dining sits at the corner of Main Street and Mehring Way. 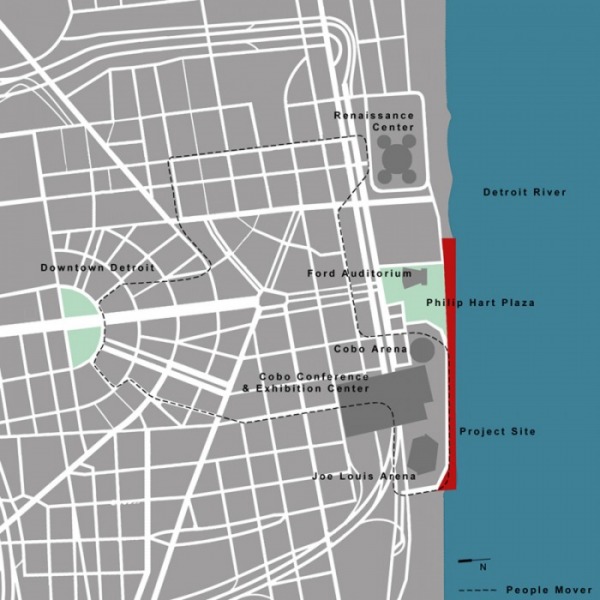 Locus Plan
With The Albert Khan Collaborative and Sasaki Associates

The linear park stretches from the Renaissance Center to the north just past the Joe Louis Arena to the south. The design strives to include the needs of all who enjoy the Detroit River; trade ships and barges, pleasure craft including cruise ships, everyday citizens, visitors, fishermen and others. 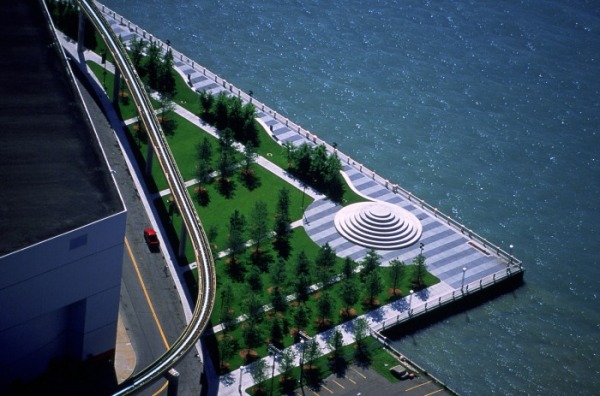 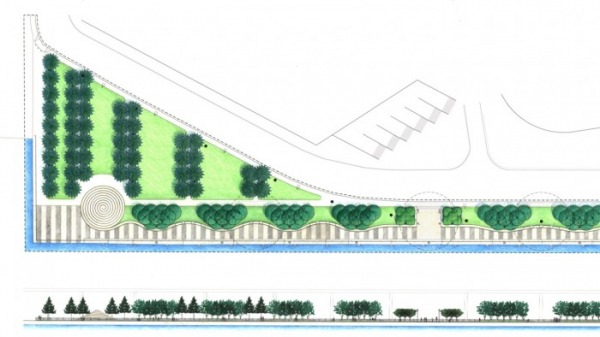 Plan Enlargement: South
Alternating bands of light and dark pavement are the foreground to a serpentine concrete seatwall, landscaped berms, and groves of birch trees. The seatwall is celebrated at its end by a lighted concrete helix ascending some twelve feet above grade and is representative of shipping rope coils. Special features along the Promenade include pergolas with shaded seating areas, areas for fishing, and historic markers at Cadillac Landing  commemorating the founding of the City of Detroit.

The framework plan and implementation strategy addressed a nine-mile long  riverfront corridor stretching from the Ohio State University on the banks for the Olentangy River to the proposed open space park land on the banks of the Scioto River to the south. 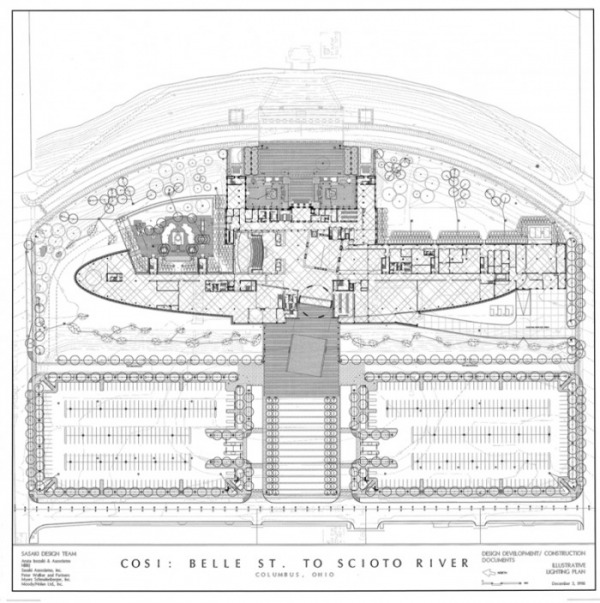 The architect, Arata Isozaki, transformed the existing urban high school into the relocated home of  Columbus' Center of Science and Industry (COSI). The east facade addresses downtown Columbus while the west facade addresses the "frontier"- an area of future expansion for the City.  The COSI site and its neighboring public waterfront park were the first implementation phase of the nine-mile riverfront vision plan. This riverfront destination is a jewel along a necklace of public open space uses following continuous paths and walkways along  the Scioto River.