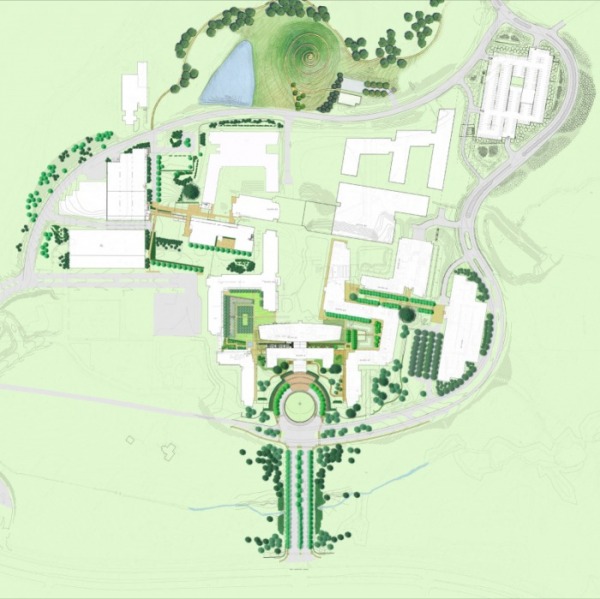 Site Plan
With Kling, RTKL Architects and Sasaki Associates
​
A Master Plan was developed- the goal of which was to consolidate all functions of the Food and Drug Administration (FDA) including scientific research, testing and approval divisions.

A former Navy research facility, the 650 acre parcel includes the FDA office and laboratory functions as well as a Montgomery County managed golf course, and un-designated open space. The FDA parcel itself, occupies 130 acres. It is located east of the golf course separating it from New Hampshire Avenue. It borders four stream valley buffer zones with mature vegetation on both the east and south sides. Residential uses are to the north.

The master  plan incorporates site-sensitive stormwater management strategies of open grassed swales; water conservation through rainwater collection; reduced water consumption through the use of native plant materials and minimal irrigation; siting of buildings that takes advantage of west-facing facades to control excessive sun in summer and access to sunlight in winter; and the use of local and/or recycled building materials.

With Michael Graves Architects and Sasaki Associates for the United States State Department, Office of Overseas Building
​
The embassy compound was to be located north of the Hang-Gang River in the Chong-Dong district of central Seoul. The compound is comprised of the existing Ambassador's Residence, the future diplomatic housing compound and the new office building.

The new office building landscape (the uppermost building indicated on the adjacent plan) is made up of a series of linked garden rooms including the Representational Court, the East Garden, the Consular Court and the North Garden. Access to the new office building separates the formal , the public and service areas into three distinct zones.

Due to community protest, this project was never realized. 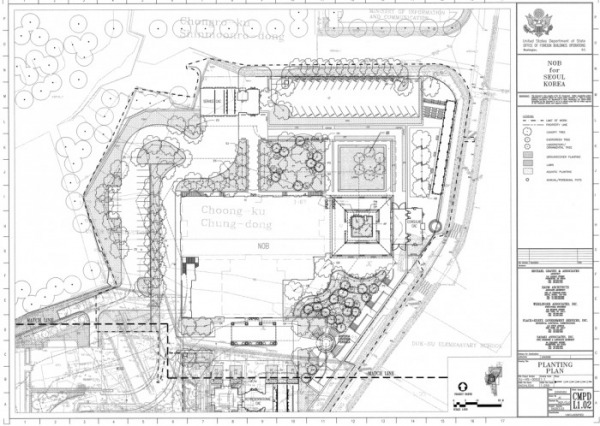 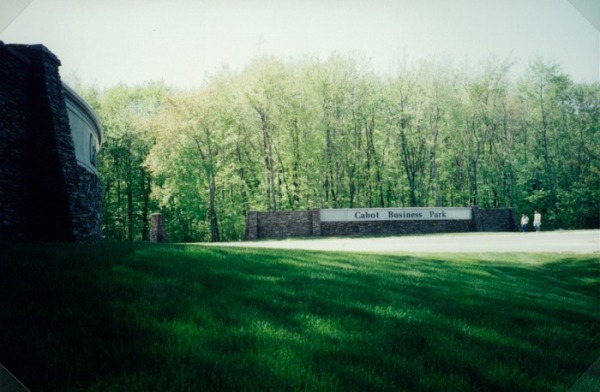 Pennsylvania Flat Fieldstone and Granite Corporate Identity
With Burck Ryan Associates for the Town of Mansfield and T.G.G. Land Planning, Inc.
​
Two one-hundred foot long curving fieldstone and granite clad walls were built to announce one of the major entrances to the Cabot Business Park off of State Route 114. Planting was designed to enhance the entrance/sign wall throughout the seasons. 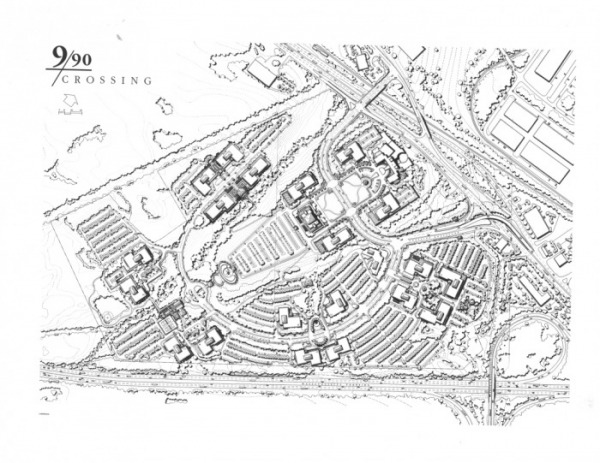 With the SWA Group
​
A  corporate campus was proposed for a prominent location at the intersection of State Route 9 and Interstate Route 90, the Massachusetts Turnpike. The site, a former landfill, dictated the location of the central parking lot since the landfill cap itself was to be used for parking. The difficult terrain dictated a terraced layout with clusters of buildings and parking lots stepping down the slope.